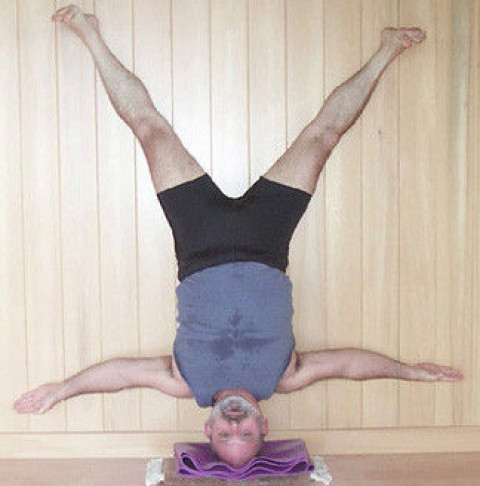 Jack Fisher, 67, has lived on Maui for 36 years. He was initiated into Ashtanga yoga by David Williams and Nancy Gilgoff in the late 1970s and studied with Sri K. Pattabhi Jois for the first of five times when he came to Maui in 1980 for a two-month workshop. Jack subsequently studied with Guruji on four more occasions on Maui: 1987 and 1989 at Nancy Gilgoff's House of Yoga & Zen, and the 2000 and 2002 World Tour events on Maui.

Jack has studied and practiced with David Williams and Nancy Gilgoff extensively over the past three decades, and has taught classes for each of them in their absence. Jack has also taught private sessions, "Fundamentals of Ashtanga Yoga" workshops, and regularly scheduled classes all over Maui.

Jack emphasizes the basics of mulabandha, uddiyana bandha and ujjayi pranayama and teaches with passion and compassion in the manner transmitted to him by Guruji, David Williams and Nancy Gilgoff.

Following complex open heart surgery in 2001, Jack has had to forgo more advanced practice due partially to massive inter-operative strokes. His article ("Awake At Last") about heart surgery and Ashtanga yoga was published in 2003 on Ashtanga.com.

Jack's documentary about Ashtanga practice at House of Yoga & Zen over the past 15 years may be viewed at http://www.youtube.com/laghuvajra.
Website
808 280-2366